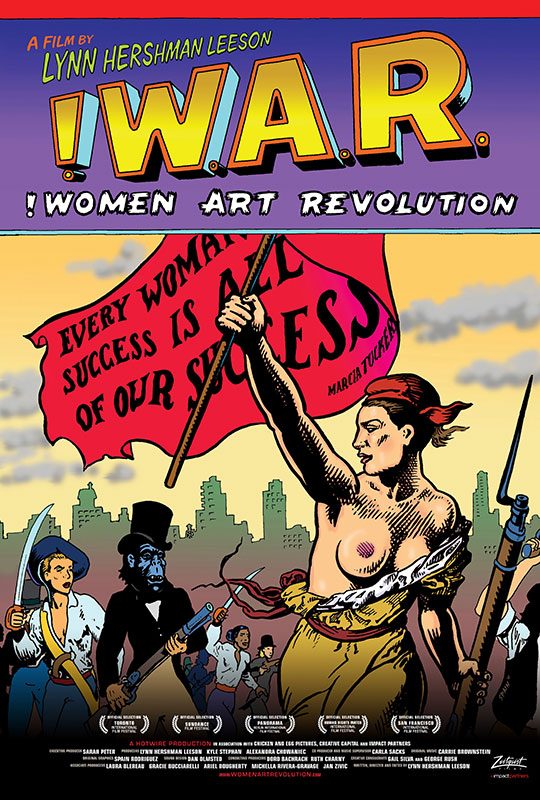 Buy DVD Itunes Amazon Instant Educational Orders Open Showings
An entertaining and revelatory "secret history" of Feminist Art, !Women Art Revolution deftly illuminates this under-explored movement through conversations, observations, archival footage and works of visionary artists, historians, curators and critics. Starting from its roots in 1960s antiwar and civil rights protests, the film details major developments in women's art through the 1970s and explores how the tenacity and courage of these pioneering artists resulted in what is now widely regarded as the most significant art movement of the late 20th century.

For more than forty years, filmmaker Lynn Hershman Leeson (Teknolust, Strange Culture) has collected a plethora of interviews with her contemporaries and shaped them into an intimate portrayal of their fight to break down barriers facing women both in the art world and society at large. With a rousing score by Sleater-Kinney's Carrie Brownstein, !W.A.R. features Miranda July, The Guerilla Girls, Yvonne Rainer, Judy Chicago, Marina Abramovic, Yoko Ono, Cindy Sherman, Barbara Kruger, B. Ruby Rich, Ingrid Sischy, Carolee Schneemann, Miriam Schapiro, Marcia Tucker and countless other groundbreaking figures.

Lynn Hershman Leeson pioneered site specific, performance and interactive media. Most recently, she was honored by the Digital Art Museum in Berlin with the d.velop digital art award (d.daa), the most distinguished honor for lifetime achievement in the field of new media. Her other honors include the prestigious Golden Nica Prix Ars Electronica, the ZKM/Seimens Media Arts Award and, as a Sundance Screenwriter Fellow, she was honored with the Flintridge Foundation Award for Lifetime Achievement in the Visual Arts. She has also received The Alfred P. Sloan Film Prize for writing and directing Teknolust, and in 2006, the International Association of Digital Arts award for “innovative storytelling,” Zero One Prize for “Media that Matters” and a Creative Capital Grant for !Women Art Revolution. In 2009, she became a Guggenheim Foundation Fellow and received a Lifetime Achievement Award from Siggraph. Hershman Leeson wrote, directed and produced the feature films Teknolust, Conceiving Ada and Strange Culture, in addition to 14 other films and shorts. The films starred Tilda Swinton, were shown at the Sundance Film Festival, Toronto International Film Festival and Berlin International Film Festival, and were all internationally distributed.

Her artwork is held in numerous collections, including at the Museum of Modern Art (New York), The National Gallery of Canada, DG Bank (Frankfurt) and The Walker Art Center (Minneapolis). She has published extensively, is the Chair of the Film Department at the San Francisco Art Institute and Emeritus Professor at the University of California.

“Could not be timelier!” – Marcia G Yerman, AlterNet

“Leeson's women are our own; their voices are essential.” – Hilton Als, The New Yorker

“Whether you’re an art aficionado or not, you simply must see and experience this revolutionary and visionary film for yourself. !Women Art Revolution reclaims women’s narratives and manifests a vocal group of dissenters rattling the cages of constriction and conformity, refusing to be silenced.” – Megan Kearns, Bitch Flicks

“An astonishing chronicle of the dawn of the feminist art movement and a powerful, after-the-fact commentary on how obscured feminist art continues to be.” – Andi Zeisler, Bitch magazine

“The most comprehensive documentary ever made on the feminist art movement.” – Jessica Roake, Bust magazine

“A call to the next generation of female artists to keep forging ahead!” – Chloe Veltman, The New York TImes

“Lynn Hershman Leesonʼs upsetting, informative and cool documentary sets the stage for an important film about the womenʼs art scene which has never really received its due… I wasnʼt familiar with any of the information presented here and Iʼm now intrigued so I feel the film is a big success. Plus, the film works on an emotional level and I found myself shocked and angered by the unfair tactics of the male dominated art scene of both yesterday and today. I now know of some truly gifted and amazing female artists out in the world and thatʼs due to Lynn Hershman Leeson and !WOMEN ART REVOLUTION.” – Don R. Lewis, FILM THREAT

“Lynn Hershman Leeson registered two standing ovations and counting at the festival for her new documentary on the history of the feminist art movement, !WOMEN ART REVOLUTION. Full disclosure: I’m in it, so I can’t really comment. Fuller disclosure: Women kept rushing up to me around Toronto and hugging me for my comments in the film. I’ve been in a lot of documentaries, but nothing like this has ever happened before. The film is shaping up to be a come-home-to-mama moment for a lot of women, both those who lived through the early days and those who didn’t. I think Hershman Leeson may have a hit on her hands.” – B. Ruby Rich, 360.org

“Part social survey, but mostly celebration...helmer Lynn Hershman Leeson filmed her principal subjects over 40 years and distilled the footage into this entertaining docu. Hershman Leeson’s film is a valuable resource on a movement whose issues remain relevant. A provocateur du cinema, Hershman Leeson views docu conventions with the same contempt she does the line between fiction and nonfiction (see Strange Culture, which more or less defines the hybrid doc). Carrie Brownstein’s clever score manages to editorialize on all of it through mood, rhythm and the musical periods her work evokes.” – John Anderson, VARIETY

“This seminal documentary depicts the history of women artists who have used art as an activist practice to fight oppression and protest gender and racial exclusion—creating what many historians feel is the most significant art movement of the late-20th century.” – , VARIETY

“Drawing from hundreds of hours of interviews with Leeson's contemporaries—artists, historians, curators and critics—the film presents a portrait of one of the most significant art movements of the late 20th century” – , THE SALT LAKE TRIBUNE

“Lynn Hershman Leeson’s !Women Art Revolution offers remarkable footage and covers an enormous swath of territory in revealing how the feminist art movement transformed the art and culture of our times. It’s great to have the spotlight shine on so many women artists that you might otherwise have forgotten existed, or never knew about to begin with” – , SF360

“Bay Area avant-garde artist Lynn Hershman Leeson’s Women Art Revolution is an engaging look back at the women artists who declared WAR on the old-boy art establishment in the 60s, and a reminder of what feminism really looked like back in the day.” – Beverly Berning, CultureVulture.net

“40-plus years in the making, the director traces one of the most overlooked, essential movements in contemporary art, critiquing, in a classic intersectional, feminist way, the power structures that traditionally determine what goes in the history book and galleries and who gets access to it....It was a thrill to see some grass roots, radical, confrontational feminist activism onscreen and in practice. For this, Hershman Leeson deserves major kudos. This is a film about equality in freedom of expression and in that respect the film is successful in actually getting the work out there for the world to see. 9 OUT OF 10. ” – Matt Mazur, POP MATTERS 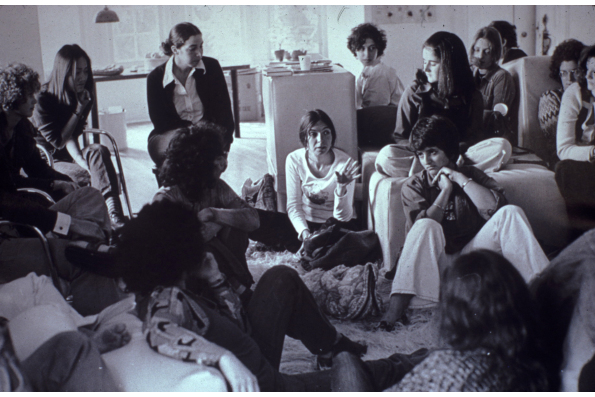 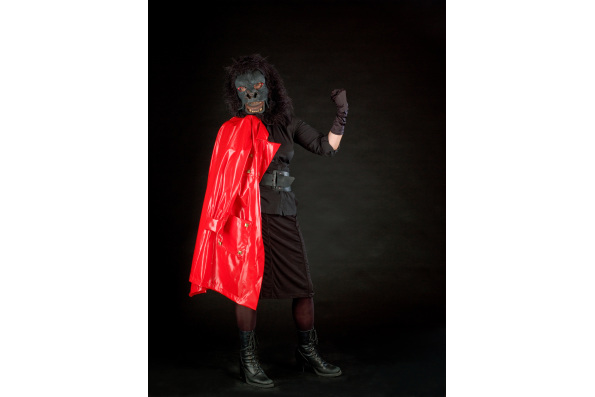 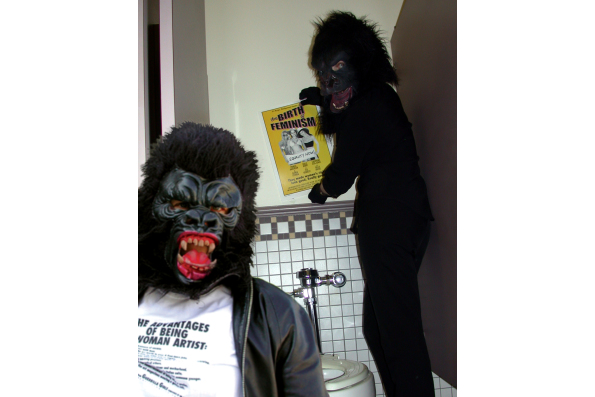 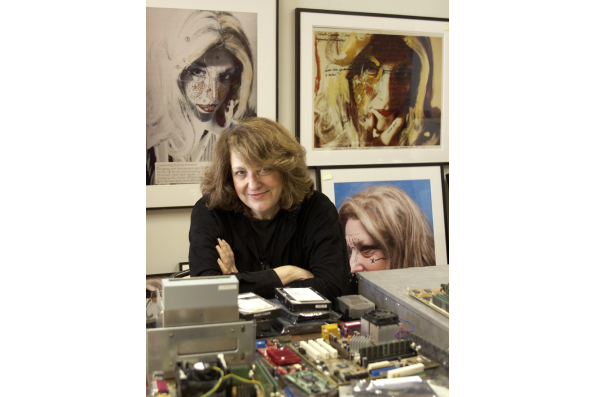 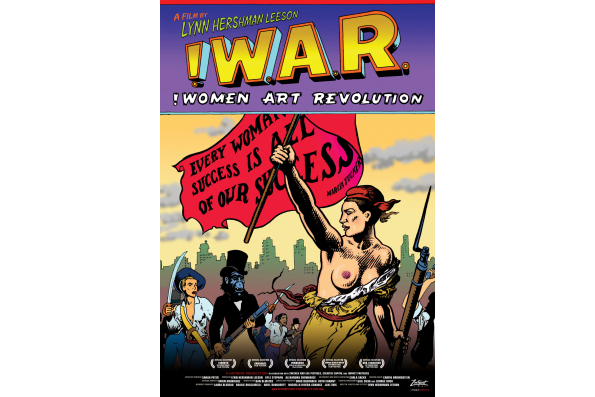