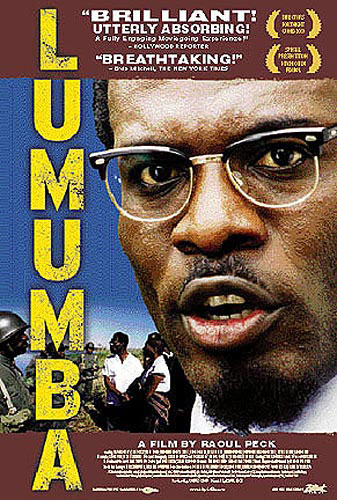 From the director of I AM NOT YOUR NEGRO

Made in the tradition of such true-life political thrillers as Malcolm X and JFK, Raoul Peck’s award-winning Lumumba is a gripping epic that dramatizes for the first time the rise and fall of legendary African leader Patrice Lumumba.

When the Congo declared its independence from Belgium in 1960, the 36-year-old, self-educated Lumumba became the first Prime Minister of the newly independent state. Called "the politico of the bush" by journalists of the day, he became a lightning rod of Cold War politics as his vision of a united Africa gained him powerful enemies in Belgium and the U.S. Lumumba would last just months in office before being brutally assassinated.

Strikingly photographed in Zimbabwe, Mozambique and Belgium as civil war once again raged in the Congo, the film vividly re-creates the shocking events behind the birth of the country that became Zaire during the reign of Lumumba's former friend and eventual nemesis, Joseph Mobutu.

Raoul Peck was born in Port-au-Prince, Haiti. In 1961 his parents fled the Duvalier dictatorship, finding asylum and a new life in the recently independent Republic of Congo, which became their second home for nearly 25 years. Raoul Peck attended school in Leopoldville, later public school in Brooklyn, NY and finally Orleans, France. Upon completing his Baccalaureat, he left for Germany where he studied economics and industrial engineering. After completing his diploma, Raoul Peck worked for one year as a taxi driver in New York City while awaiting his acceptance at the German Film and Television Academy (DFFB) in Berlin. He was accepted along with 17 other colleagues into the class of 1984.

While a student at the DFFB, Peck completed his first award-winning full-length feature—a film made for $150,000—HAITIAN CORNER, shot in Brooklyn and in Haiti. Other projects soon followed, establishing him as one of the most prominent and prolific black filmmakers.

Between 1982 and 1990, Peck worked on numerous development projects in Europe and in Africa. He taught at the Berlin Film and Television Academy, at the F.E.M.I.S. (France’s national film school) where he worked with Krzysztof Kieslowski and Agnieska Holland, and at NYU’s Tisch School of the Arts. He returned to Haiti as Minister of Culture in the government of Prime Minister Rosny Smarth after the restoration of democratic rule.

Following political confusion and an 18-month struggle, Peck, along with Prime Minister Smarth and several other Ministers, resigned from his post. He left behind a number of important development projects, most importantly the groundwork for the first National Cultural Plan Directive of the Republic of Haiti.

Peck is the Founder of the Fondation Forum Eldorado, dedicated to cultural development in Haiti and the Caribbean and working with schools and underprivileged communities in Haiti. For the work of the Fondation, Peck bought a movie theatre called the Eldorado in Port-au-Prince. With the help of contributions, the theatre has become one of the rare local facilities affordable to local artists and schools.

Awards include the 1994 Nestor Alemendros and the 2001 Irene Diamond Lifetime Achievement Award from the Human Rights Watch Organization. He has been decorated with the Honor and Merit Order (Knight) in Haiti and the Order of Arts and Literature (Knight) in France.

In 1997 Peck was guest artist at the Dokumenta in Germany, one of the two major world exhibits of contemporary art, where he produced and exhibited his award-winning film CHERE CATHERINE.

Peck’s films have been shown at dozens of international festivals, including those in Cannes, Berlin, Toronto and New York. He has received numerous awards and prizes for his work. Peck’s films have been released theatrically and on television throughout the world. Peck has authored a book entitled “Monsieur Le Ministre, Jusqu’au Bout de la Patience” on his political and personal experience as the Minister of Culture in Haiti.

Raoul Peck lives and works in Voorhees, New Jersey, in Paris, France and the tiny town of Port a Piment, Haiti, where he owns two cows and a modest pineapple field.

Filmed in Zimbabwe, Mozambique and Belgium 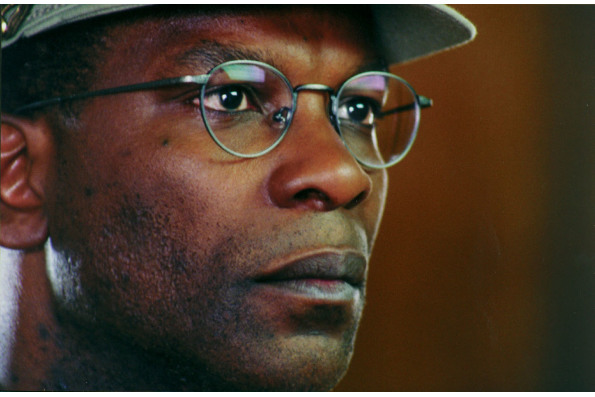 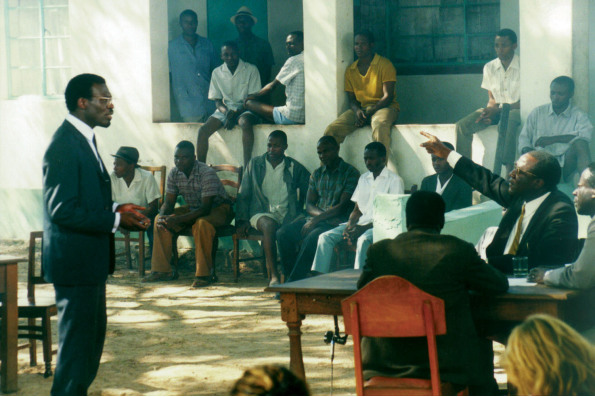