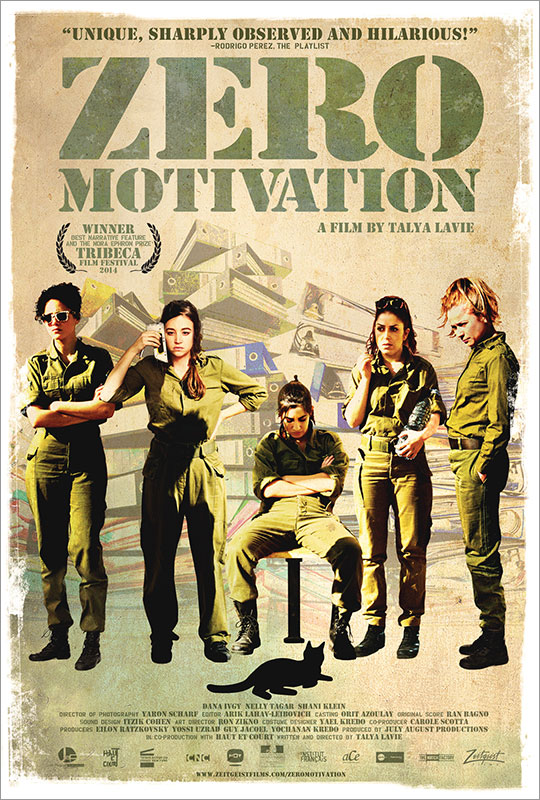 A smash hit in Israel and winner of the Best Narrative Feature Award at the Tribeca Film Festival, Zero Motivation is a unique, sharply observed, sometimes dark and often hilarious portrait of everyday life for a unit of young, female soldiers in a remote Israeli desert outpost. Playing out like M*A*S*H meets Orange is the New Black, Talya Lavie's brilliant debut details the power struggles of three women with different agendas and very little to do. Pencil-pushers in the Human Resources Office, best friends Zohar (Dana Ivgy) and Daffi (Nelly Tagar) spend their time playing video games, singing pop songs, jousting with stationery and dreaming of Tel Aviv. The indolent twosome are watched over by their aspiring senior officer, Rama (Shani Klein), who dreams of a higher position and a significant military career, but with a platoon of unskilled, idle, female soldiers without any drive under her charge, her ambitions for promotion are constantly thwarted. With shifts of tone that go from slapstick to satiric to horrifying with fluid ease, and with a superb supporting cast of characters, Zero Motivation is destined to be one of the most talked about films of the year. 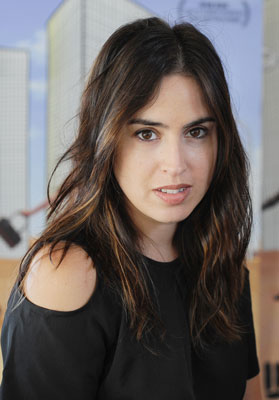 Talya Lavie is a director, screenwriter, and comics artist. She studied animation at the Bezalel Art Academy and graduated with merit from the Sam Spiegel Film School in Jerusalem. She authored screenplays for various television dramas. Her short film "Sliding Flora" screened in over 40 film festivals worldwide. Her thesis film "The Substitute" received several international awards, notably the Audience Award in the Berlinale, the first prize in the Munich International Short Film Festival, and the first prize in the Melbourne International Film Festival. Zero Motivation, her first feature film, participated in the Sundance Directors and Screenwriters Lab.

“Satiric, surreal, unexpected and at times wildly funny, "Zero Motivation" is a savage black comedy that eviscerates an unexpected target: the Israeli army, officially known as the IDF. Whatever your image of the Israel Defense Forces is, heroic or otherwise, it's not what you're going to see here.” – Kenneth Turan, The Los Angeles Times

“A unique, sharply observed and hilarious look at the monotonies of enlistment, the ridiculousness of subordination and chain of command concepts, and the utter boredom of carrying out meaningless orders... An absorbing office saga and diverting dark comedy, Zero Motivation is a surprisingly insightful coming-of-age tale... Perhaps most significantly, Zero Motivation is the discovery of an exciting new original voice in cinema, who happens to be really funny, intelligent and female. We can’t wait for more. ” – Rodrigo Perez, The Playlist, Indiewire

“Israeli filmmaker Talya Lavie developed her acerbic and piercing debut at the Sundance Lab, and it boasts a stronger structure and more coherent vision than most indies. With a sharp intelligence, the film depicts the escapades and rivalries of the low-level female desk jockeys at a nowheresville military base. Lavie zings darts at sacred cows and underdogs alike, pitching her movie somewhere between a smart chick flick and a satire of military intelligence.” – Michael Fox, KQED Arts Blog

“Writer-director Talya Lavie won Best Narrative Feature and the Nora Ephron Prize at Tribeca for Zero Motivation, a pitch-black comedy about female frenemies jammed into close quarters while doin' time in the Israeli Defense Forces. Most movies prefer to show soldiers in combat, and Zero Motivation does just that — if "combat" means fighting to avoid boring admin work, to achieve the highest score at Minesweeper, to fuck up the most extravagantly, or with staple guns. "There's a war going on — get a grip!" a superior officer reminds self-centered slacker Daffi (Nelly Tager), and that's more or less the only current-affairs statement uttered in a film that's mostly concerned with the agonizing task of achieving responsible young adulthood.” – Cheryl Eddy, San Francisco Bay Guardian

“ONE OF THE TEN BEST FILMS OF 2014... a brightly fresh take on Army buddy comedies and the Israeli Defense Forces. Writer/director Talya Lavie zings myths about women’s equal participation in the country’s military with darkly frank humor over one year in the life of soldier secretaries at a southern desert base. Inspired by her own service, Lavie marvelously balances the fun with the deadly serious, sensitively showing how these fully individuated women—virgin, urbanite, kibbutznik, Russian and Ethiopian immigrants—are very much game-playing teenagers. Mean girl cliques, eating disorders, miscommunication, boyfriend troubles, and suicide loom larger than any external enemy, particularly when the women decisively turn the tables on male condescension and sexual harassment.” – Nora Lee Mandel, Film-Forward 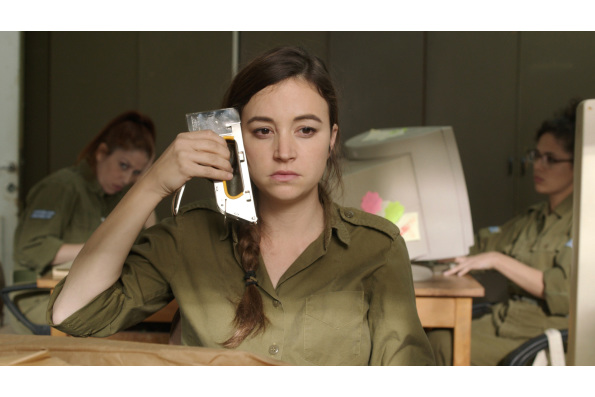 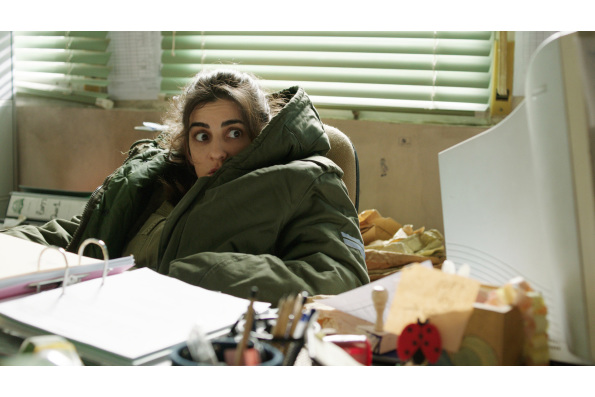 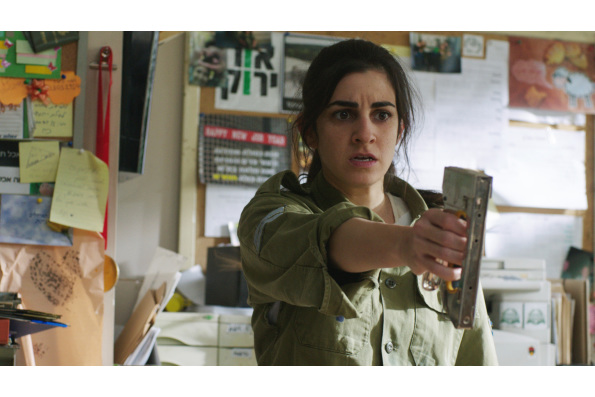 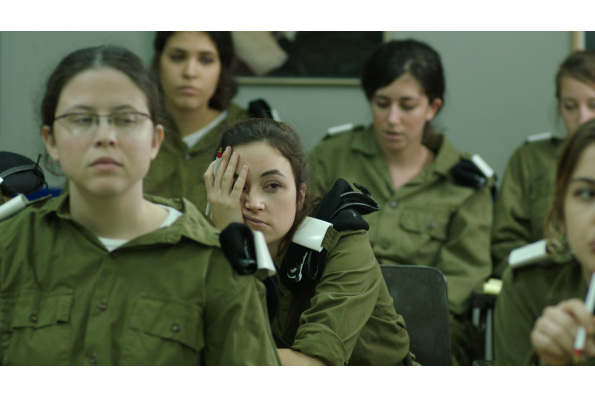 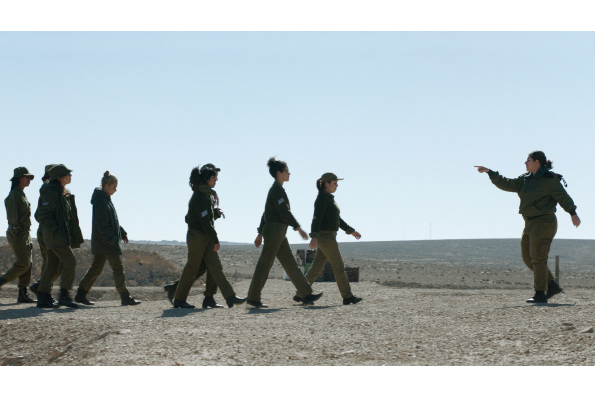 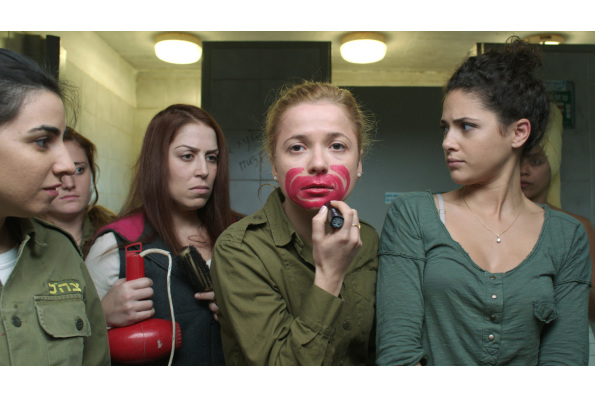 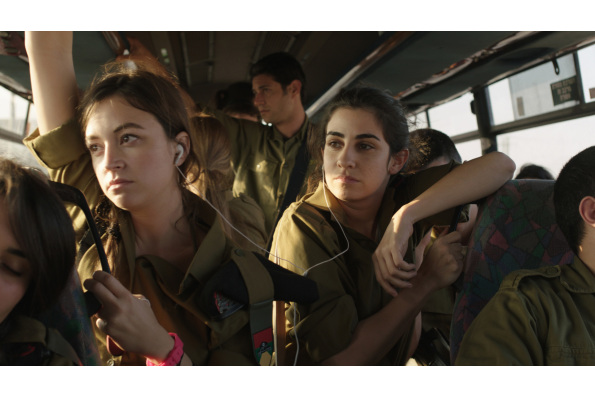 Nelly Tagar as Daffi (left) and Dana Ivgy as Zohar. 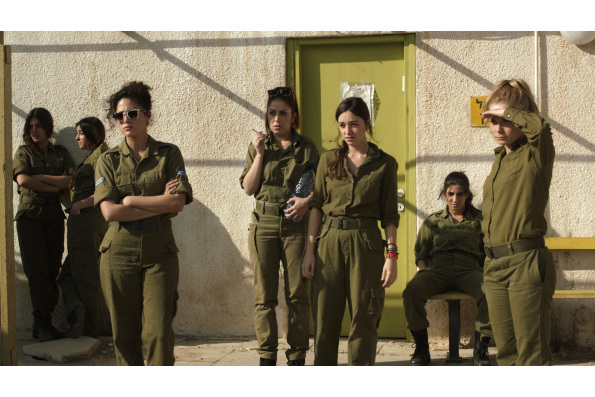 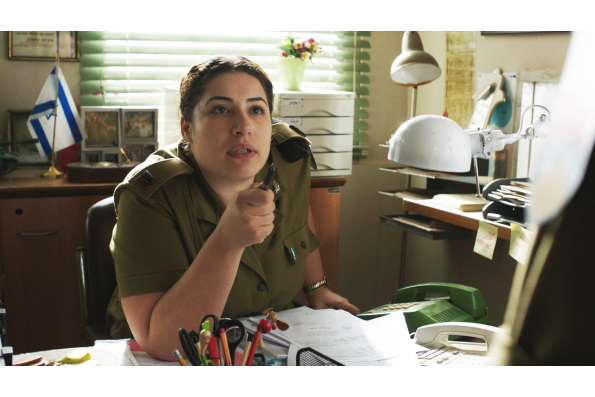 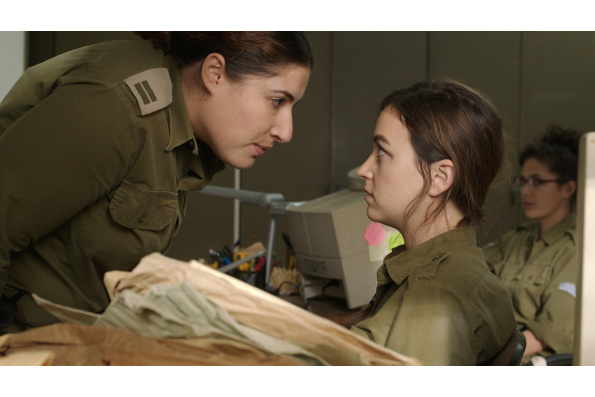 Shani Klein as Rama (left) and Nelly Tagar as Daffi. 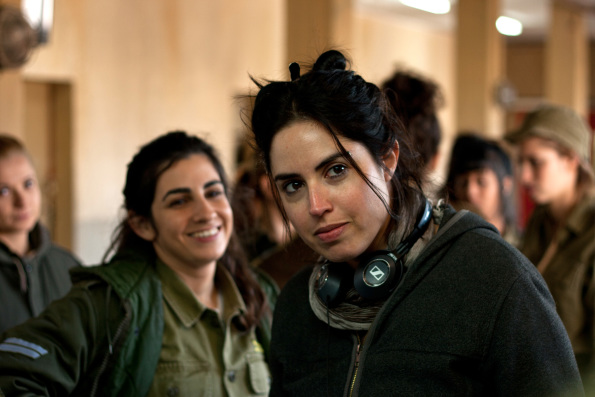 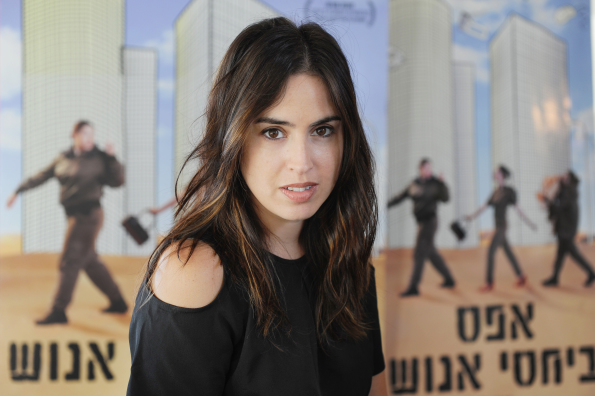